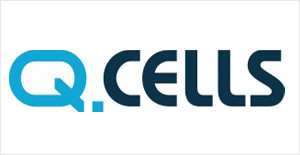 Bitterfeld-Wolfen (Germany), January 17, 2012 - Q-Cells SE, one of the world's leading companies in the photovoltaic industry, has established two new world records with regard to the poly-crystalline modules. The independent calibration laboratory of the Institute for solar energy systems ISE in Freiburg confirmed the efficiency equal to 18.5% with reference to the area exposed to a form with 60 poly-crystalline cells. With this record of efficiency, Q.Cells has beaten his own previous record of 18.1% set in the summer of 2011. In addition, the independent calibration laboratory of the Institute ISE in Freiburg confirmed a peak performance of 283 watts for a partly-monocrystalline module Q.Cells. The present state of things has then the most powerful form of partly-monocrystalline modules of the same price range of competition. Q.Cells from September 2011 has also the current world record in the field of mono-silicon modules, with a class of performance up to 287 watts.
“With these world records, Q.Cells has again highlighted its leading position in terms of efficiency and performance of its products, "says Peter Wawer, Director of Technology Q.Cells SE. "Thanks to the close cooperation between research, development and production at its plant in Thalheim, we are able to translate the most innovative technologies into series production in a fast and slender. This allows us to offer our customers the highest quality products with sustainable returns. "

Scroll
This site uses cookies of own and third-party, even with commercial purposes. By continuing to browse or accessing any element of the site without changing your cookie settings, you accept the use of cookies.
The cookie settings can be changed at any time using the Privacy link on the site, from which you can deny you to allow installation of any cookies.
I Agree